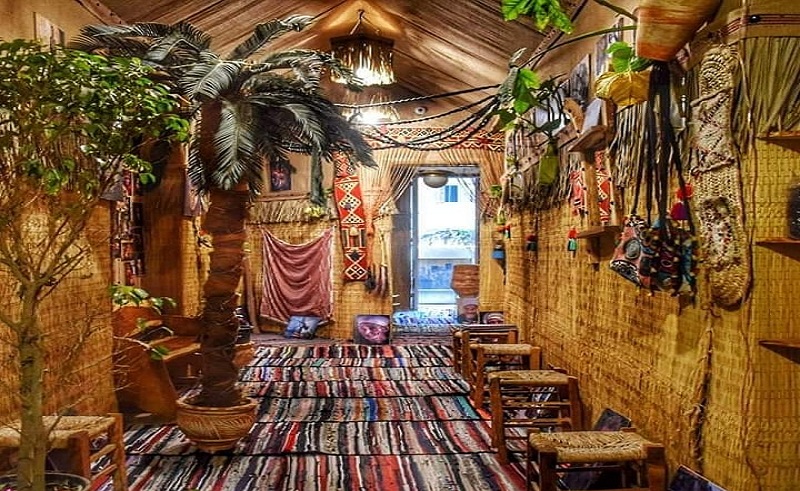 It’s not everyday that we come by a spot that was built - quite literally – by hand and from scratch by the co-owner. At Downtown’s coolest Bedouin-themed restaurant, co-working space and entertainment venue El Kukh, though, that’s what you’re getting. ‘El Kukh’ – which was literally the first type of house known to humans – is built from natural materials and decorated all over with antiques and old photos taken by the owner and his friends, making for a truly transformative experience.

The restaurant’s menu is split into two sections: Bedouin and Italian cuisine, and it overall works towards creating an entirely immersive aesthetic. Some classic Bedouin dishes you can expect to find in ‘El Kukh’ is their molkhia, Fattah,  their potato and meat tagin, as well as classic Italian dishes like ‘Penne Arabiatta’ and ‘Spaghetti Bolognese.’ Not only does the spot double up as a restaurant, co-working space, as well as an entertainment venue, but can also be rented out for engagement parties and katb kitabs.

“Here at Kukh, it’s not just about the food. It’s an entire ideology,” Ihab Abdallah - who co-founded El Kukh along with Osama Khaled and Aya Lashine - tells SceneEats, “We also strongly believe in serving the community. For example, during the storm in March, we opened our doors for three days straight and served light meals for free. Every month, we donate 10% of every cheque to Abo El Reesh Hospital and other hospitals and charity organisations.”

To experience this all up close, you can find El Kukh at 1 Seket El-Fadl Street, Off Talaat Harb.