Were Ancient Egyptians the First to Domesticate Wild Watermelons?

You might've thought all watermelons are created equal, but these findings show otherwise. 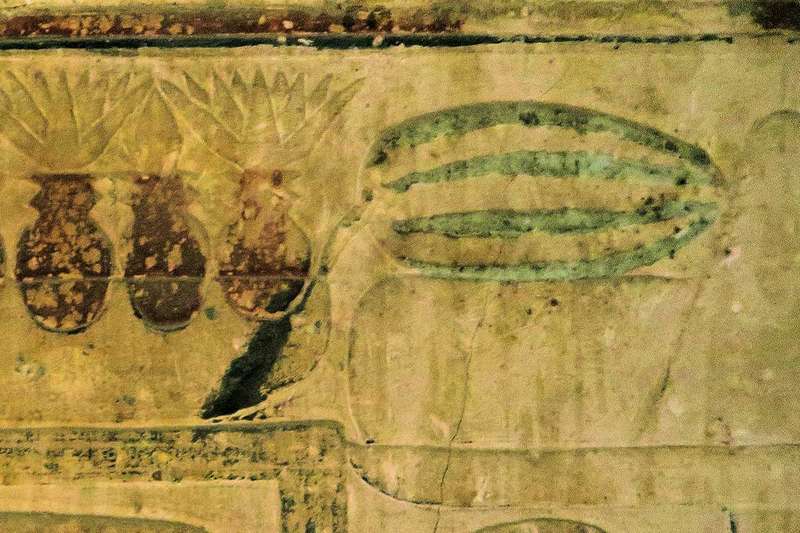 There has been a long standing debate about when and where watermelons were historically domesticated, to become the sweet, red, fleshy summer treat we've come to know and love. Generally, the wild watermelons found across Africa are nothing like their domesticated counterparts - they're much smaller, rounder, their flesh is white, and they're bitter.

However, recent findings are showing that Ancient Egyptians could've been responsible for the mutation that has led to their modern, delicious form. The evidence comes in the form of one particular tomb that features depictions of water melon very similar to modern varieties, while watermelon leaves were found resting on a mummy in a 3500-year-old tomb.

Upon gaining such information, German botanist Sussane Renner of the University of Munich realised that sequencing DNA from those leaves could possibly give insight into what these ancient melons were like, and how they fare next to modern varieties. Renner, and her colleague Guillaume Chomicki from Oxford University, were only able to get a partial genome sequence from the leaf, however the partial sequencing managed to include two very crucial genes in the watermelons, directly related to their sweet taste and colour.

To their surprise, the ancient melons had the same mutations found in modern watermelons, one of these mutations disables the gene responsible for producing the bitterness-causing compound, Cucurbitacin, eventually sweetening the water melon. The other mutation they came across was of a gene code responsible for the production of an enzyme that converts the red pigment Lycopene, which is also found in Tomatoes, into another substance, through disabling that gene, the Lycopene accumulates and the melons end up with their infamously red flesh.

What the scientists couldn't gather from the DNA sequencing was how large or shapely the watermelons were, but the depiction on Ancient Egyptian tombs shows what appears to be an elongated melon.