This happens to be the first ever branch for the hawawshi shop outside of Downtown Cairo.

I like street food as much as the next person (probably even more tbh), but hawawshi is my absolute favourite. And no, I shouldn't give you reasons why hawawshi is the bomb, because if you don't then you don't deserve to know what I'm about to tell you -- which happens to be that the iconic Hawawshi El-Refaie is opening its first branch in New Cairo's Gardenia Mall tomorrow.

Established in 1969, the Downtown Cairo restaurant started its journey as a butcher shop. That was until they started to make hawawshi and realised that they're quite the best at making them (I mean, like, have you ever tried their hawawshi with pastrami?!?). "We were never able to cover the New Cairo area and customers from there would always tell us that they wanted to have our hawawshi but couldn't make the trek at times," Ramy El-Refaie, the man behind the brand, told me. "This was why we had to open there. And that's only just the beginning because we also plan to have a branch in 6th of October quite soon." 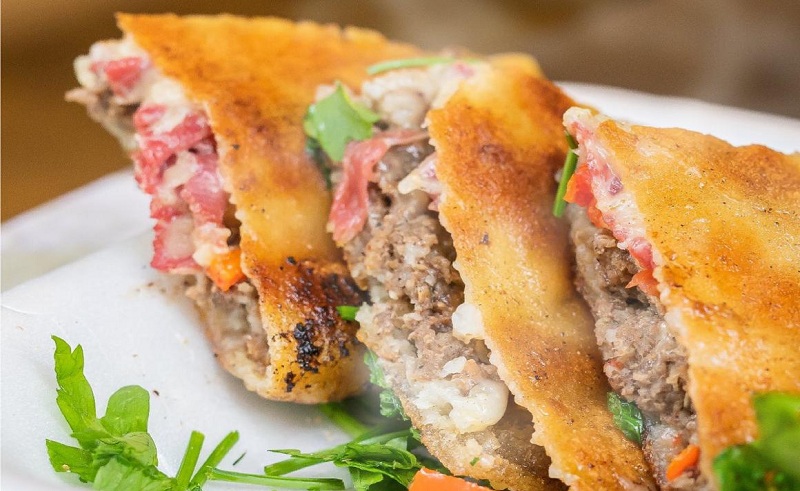 To celebrate Hawawshi El-Refaie's latest branch, they're going to be introducing a new dessert which happens to be rice pudding with basbousa. Fun fact, however, the basbousa being used in that dessert is going to be from Downtown Cairo's El Helmeya Pastry. We love it when two icons join forces to create an edible masterpiece.