Level Up Your Thursday Nights With Mivida’s ‘Buckets N’ Bones’

‘Buckets n’ Bones’ is the Cairene Comfort food spot that does not ascribe to the classic variations. 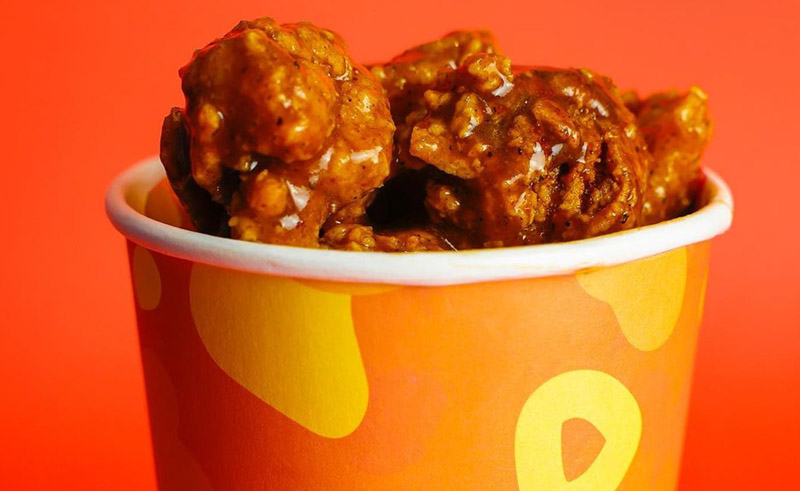 In early 1960s Buffalo, New York, 'Anchor bar' owner Teressa Bellissimo had an epiphany that manifested in a series of fried chicken wings. The crisp and crunchy concoction - and her brain child's claim to fame - not only contributed to everyone’s heartburn, but became an instant success amongst all chicken and beer enthusiasts.

Since the conception of such an iconic dish (which is surprisingly younger than holy trinity Meryl Streep, Cher and Madonna) many spin-offs of the cult classic dish have been made including renditions dipped in buffalo sauce and ones dripping in spicy chipotle goodness. Mivida’s newest edition ‘Buckets’ N Bones’, however, decided to spice up the chicken wing narrative by adding a few plot twists of their own, gracing us with an anxiety-inducing selection, and making ordering out even harder.

Unlike the mastermind behind the hearty delicacy, ‘Buckets n’ Bones’ does not ascribe to the classic variations. Their ‘Orange Zest’ wings add a citrusy spin on the coveted comfort food, adding just enough bitterness to appease any ‘Sour Patch Kids’ finatic. Their ‘Jerkie’ recipe pays tribute to the meaty snack and - quite literally - coming in hot is their signature ‘Wasabi’ flavour; guaranteeing a night stand filled with empty yoghurt pots.

If you ever find yourself cultivating the femine urge to try something new, then head to Bucket N’ Bones’ Mivida location and gorge on their irresistible wings.