The category is: lewks, lewks and lewks. 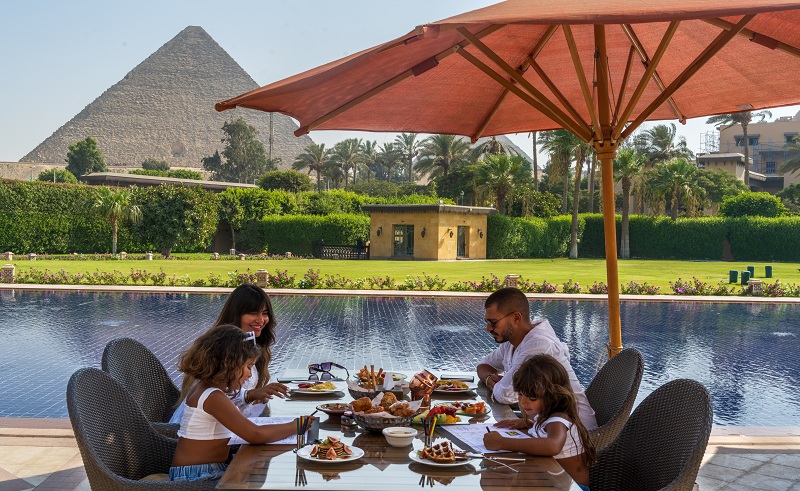 You're probably wondering, what are those three numbers that we've just told you about. We're here to tell you that it's the name of the restaurant that is tucked away inside the iconic Marriott Mena House, Cairo hotel. 139 stands out in a sea of basic breakfast spots, not only because of its impeccable view that sees you feasting on one of the world's seven wonders coughs Giza Pyramids, that is coughs but because of their menu that insists of being the gift that keeps on giving.

Brace yourselves for an international menu that will have you travel overseas without leaving Om El Donia. Should you want to stay in Egypt, however, you can have classics such as foul and ta3meya. Oh, and they happen to have feteer (yes, you read that right) where you don't have to choose between 3asal or tehina and go for both instead. Their secret weapon, however, is their pancakes. Why, you ask? Because they're so fluffy it hurts.

Oh, and that's not all tbh! 139 may have the pyramids as the backdrop to your brekkie, but it also has fountains and gardens which elevates the atmosphere to a whole new level. To put it simply, it's a vibe.